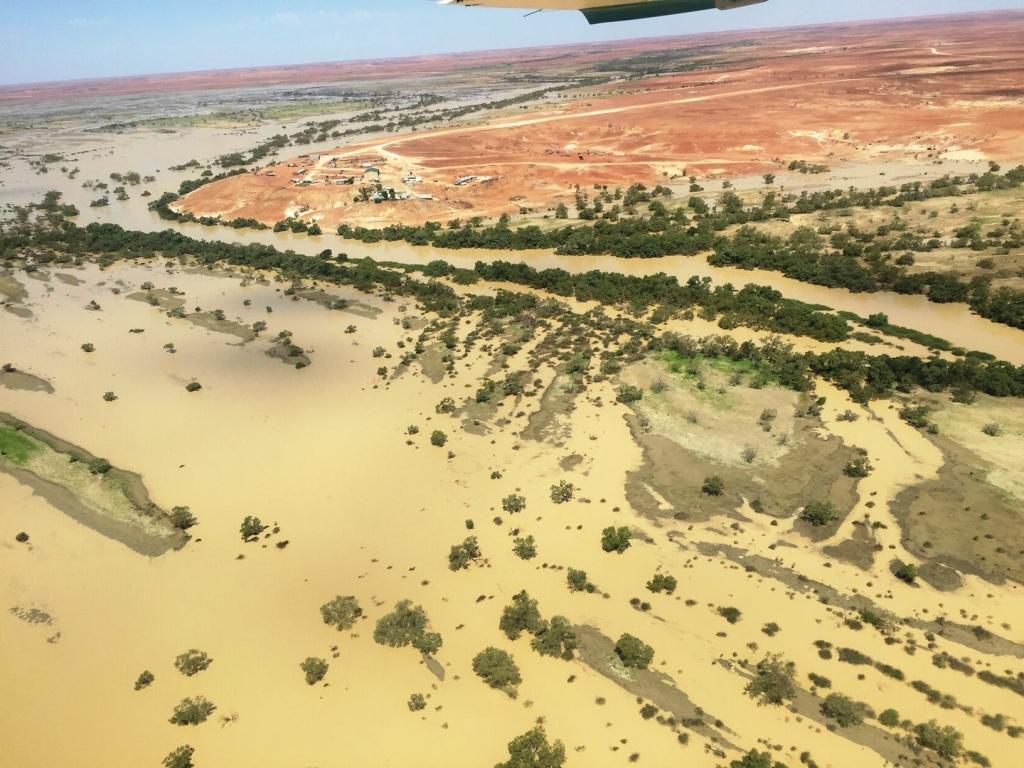 The parched landscape of outback South Australia is being rejuvenated by floodwaters that are now beginning to trickle into Kati Thanda-Lake Eyre.

Floodwaters from north Queensland have travelled about 1,000 kilometres to reach the ephemeral water source via the Channel Country.

William Creek charter pilot Trevor Wright said the speed and volume of the water had been greater than expected.

He said water had started to go into the northern end of the lake after filling Goyder Lagoon closer to Queensland.

He said pelicans and black ducks were already arriving in the area, along with boaties keen to make the most of the rare occurrence.

"There's definitely more birdlife that's really starting to appear and I'd expect in the next few weeks or few months quite a considerable increase along that Diamantina floodplain," he said.

Mr Wright said the water was travelling at 2â€“3 kilometres per hour in places.

"It has got some positives for the pastoralists on the floodplains and hopefully it'll increase the amount of tourism in South Australia and employment," he said.