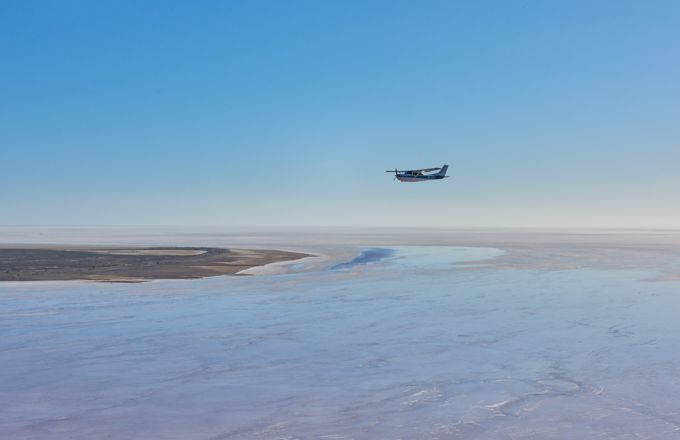 This is the ultimate experience of Channel Country and Lake Eyre.  Departing Birdsville in the morning, head for the famous Kati Thanda-Lake Eyre via the spectacular Channel Country and deserts.  See the desert come to life with the recent rainfall and fly over the famous Kati Thanda-Lake Eyre.  You'll land in William Creek for lunch at the renowned William Creek Hotel before returning to Birdsville.

Includes a one hour stopover at William Creek, lunch at the William Creek Hotel, full commentary via headsets worn by all guests and superb window views.

British racing driver Donald Campbell's attempts to break the land speed record on Lake Eyre (Kati Thanda) were initially foiled by heavy rain postponing his run until the following year, when he set the record.