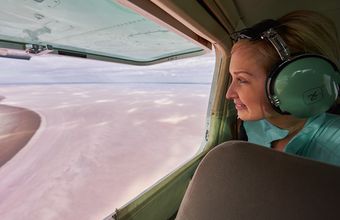 On the flight enjoy the visual extremities of Lake Eyre, Australia's largest inland lake situated in South Australia. It's incredible colours and patterns become accentuated from the air whether full of water or totally dry. A totally captivating flight that will return you both visually impacted and educationally enriched.

When the lake is 80% full of water, there are up to 85 different varieties of bird life and millions of birds to look at.

The only way to get the full impact is from the air. See prehistoric river systems graphic patterns where they enter the lake and form a magnificent art form.

Flights depart from William Creek to Lake Eyre North and includes flying to Belt Bay, the lowest point in Australia.This flight gives you the chance to see the world's largest salt lake in the harsh Outback environment.

The flight include full commentary via headsets worn by all guests and superb window views.

British racing driver Donald Campbell's attempts to break the land speed record on Lake Eyre (Kati Thanda) were initially foiled by heavy rain postponing his run until the following year, when he set the record. 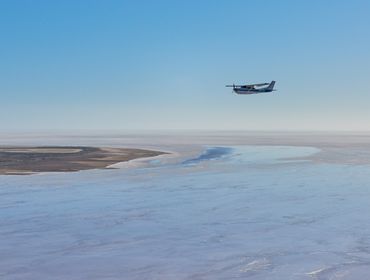 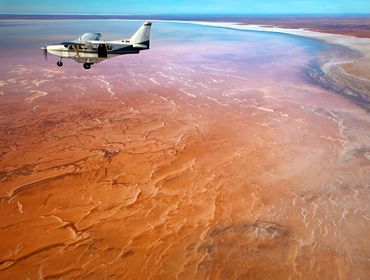